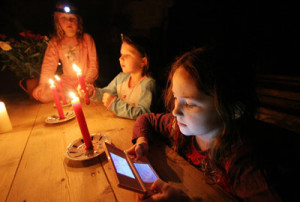 Large parts of South Africa are without power as power companies say that massive rainfall has left the country without enough dry coal to burn to produce fuel.  In order to cut back on the backlog of power, power cuts and rolling blackouts have been scheduled to help the entire power grid in South Africa from shutting down.

Even though customers have been asked to reduce energy use by 10%, most customers were told to expect between two and four hours or energy loss as the power companies try to reach a balance in the energy system again.  As they wait for the rains to stop and the coal to dry, they must take action to make sure larger blackouts do not occur.

The problem stems from a lack of investment in new plants that could be helping, but they were never built and now the country is in a major crisis.