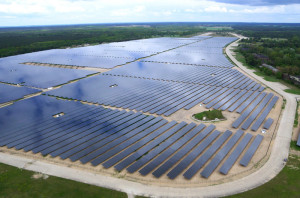 Germany has proven that solar energy is definitely the way forward with impressive production rates. The country broke a record in June by generating half of its energy with solar power. The impressive record was set between June 6th and June 9th. A research carried out by Fraunhoger ISE Institute revealed that the solar panels generated 24.24 GW of energy between the hours of 1:00 pm and 2:00 pm on June 6 and peaked at 23.1 GW on June 9th.

The country’s success with solar power generation is due largely to individual ownership of solar panel rather than solar farms. Solar panels are a common feature of the roofs of German homes and account for more than 90 percent of the solar energy generated in the country. Just under 10 percent of energy is generated from solar farms.

Another factor that has contributed to the recent record is, of course, the good weather that the country is experiencing as of late. If solar energy generation continues at this pace, the country will have to place emphasis on investing in energy storage technology.