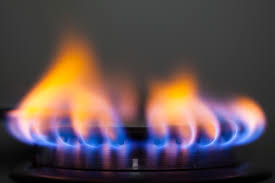 A report by The Brattle Group has revealed that natural gas will be the primary source of electricity in Texas over the next few decades. This prediction is due to the abundance and low price of natural gas.  The report by the consultancy firm also predicts that by 2032, up to 25 gigawatts of generated natural gas will be added to the grid.

Despite being the nation’s leader tin the production of wind energy, some Texas energy companies are constructing natural gas plants that will serve as back up at times when there is not enough wind available.  These plants will commence operation by 2015.

The electricity market in Texas has benefitted from the abundance of cheap natural gas in the state.  Because of the cheaper energy hitting the market, many new offerings have taken hold for Texas residential electricity users.  From no deposit electricity to long term fixed rates, Texas families are reaping the benefits of lower rates.

The coal industry will die a slow death as strict regulations were passed by the Environmental Protection Agency which prevents any new construction of coal plants.  In addition, the industry faces further extinction, if the agency implements any new regulations governing pollution.